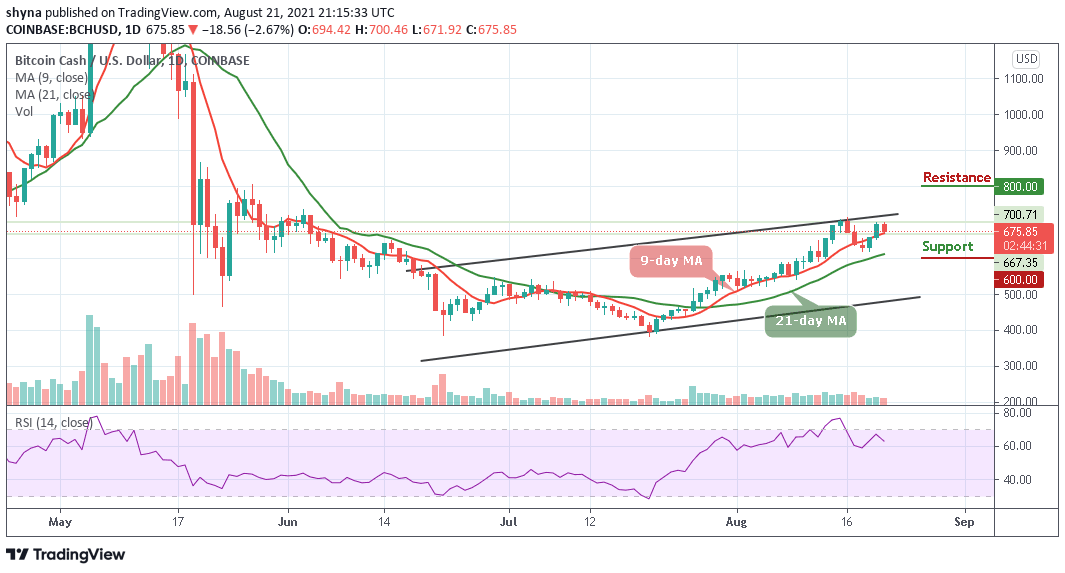 The Bitcoin Cash price prediction shows that BCH will pull back from the $ 715 high as the coin moves below the moving averages.

For the past few days, BCH / USD has been trying to break the upper bound of the channel against selling pressure. However, should Bitcoin Cash fall back below the 9-day moving average, the bears could return to dominate the market, but at the time of writing, the bulls are still in charge. Therefore, as long as the 9-day MA stays above the 21-day MA, traders can expect a bullish continuation before a reversal comes into play.

Bitcoin Cash Price Prediction: What Could BCH’s Hope Be?

At the time of writing, Bitcoin Cash price is trading down with a daily loss of 2.67% as the focus has shifted to the $ 750 resistance level after breaking the $ 715 resistance a few days ago. However, Bitcoin Cash has been extremely unstable for the past 6 trading days. Nonetheless, BCH / USD hit $ 700 early in the morning today before falling back to $ 675 where it is currently trading. At the moment, Bitcoin Cash is still following a bullish trend and is above the 9- and 21-day moving averages within the channel.

In the meantime, if the market drops below the $ 650 support, BCH price could drop to the initial support at $ 620, which later drops the price to its critical supports at $ 600, $ 550 and could bring in $ 500. Currently, the Relative Strength Index (14) technical indicator is falling below the 65 mark, this could add pressure to sell, but any upward move across the channel could likely hit the $ 750 resistance level. Meanwhile, a bullish continuation could hit the $ 800, $ 850 and $ 900 resistance levels, respectively.

Compared to Bitcoin, the bears have shown some exposure to the market due to the recent surge in BTC. Following recent negative signs, Bitcoin Cash price could continue to decline if the bears put more pressure on the bulls.

Would you like to buy or trade Bitcoin Cash (BCH) now? Invest with eToro! 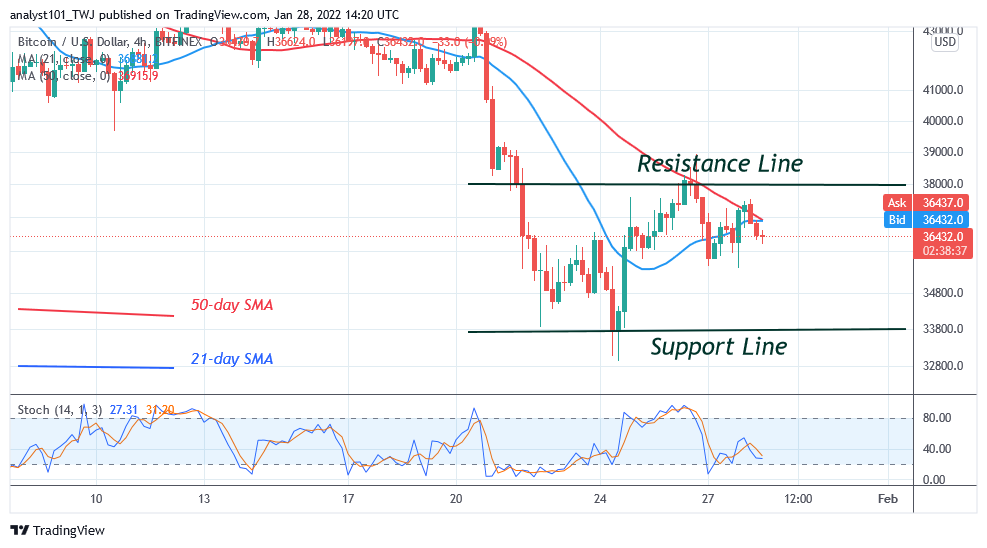