The crypto community is waiting with bated breath for Bitcoin to break the all-time high (ATH) of $ 64,800 set in mid-April. That scenario could play out soon as BTC hovered around $ 64,100 during intraday trading, according to CoinMarketCap.

This uptrend has seen the number of Bitcoin addresses in profit hit a record high of 37,396,654,839, as revealed by on-chain metrics provider Glassnode. 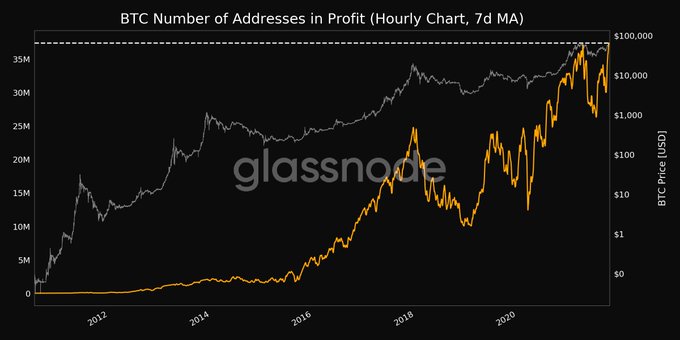 According to reports, 99.705% of the BTC supply is profitable. 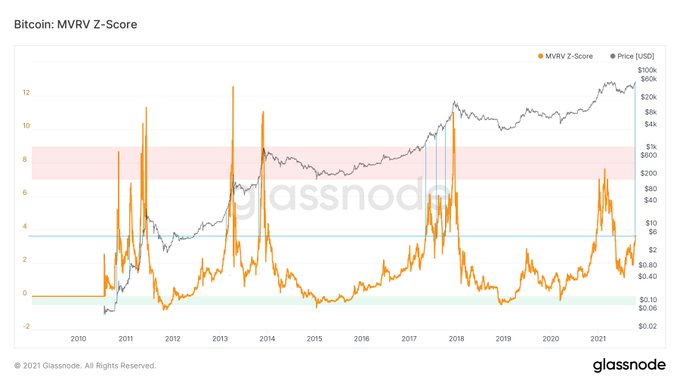 Meanwhile, the value stored in the Bitcoin network is one ATH based on the realized price.

According to Santiment, Bitcoin continues to peak as it collects at least a million active addresses every day. The crypto-insight provider stated:

“Address activity, circulation, whale / stock market activity, and sentiment all play important factors in the story that may be made for BTC.” 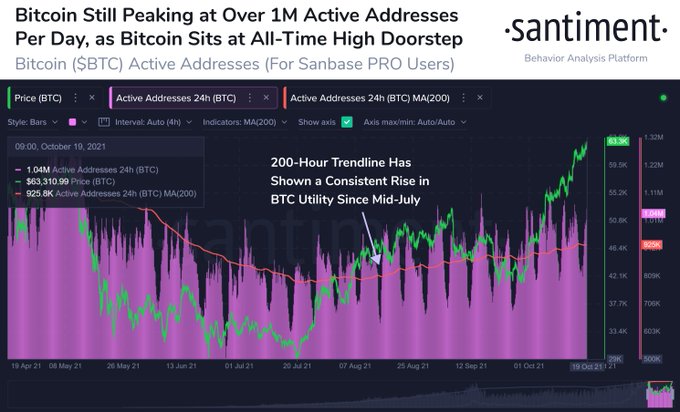 Will the price of Bitcoin soon become parabolic?

According to Charles Edwards, the founder of Capriole Investments:

“Historically, every time MVRV reclaimed z-Score 3.0, Bitcoin experienced a parabolic price run for the next 1-2 months. Bitcoin has just reclaimed 3.0. “

Large transactions have invaded the Bitcoin network. For example, transactions worth at least $ 100,000 have grown exponentially.

Institutional investments have played a vital role in Bitcoin’s journey to record prices. For example, large movements of money made it possible for the leading cryptocurrency to hit the record price of $ 64.8,000.

Among the corporate giants leading the race for institutional investment is the leading American business intelligence company MicroStrategy. This company has pledged $ 242.9 million to purchase a new batch of Bitcoin, bringing its total inventory to 114,042 BTC.

Whether this will result in a new ATH price remains to be seen in light of increasing institutional investment and whale activity.